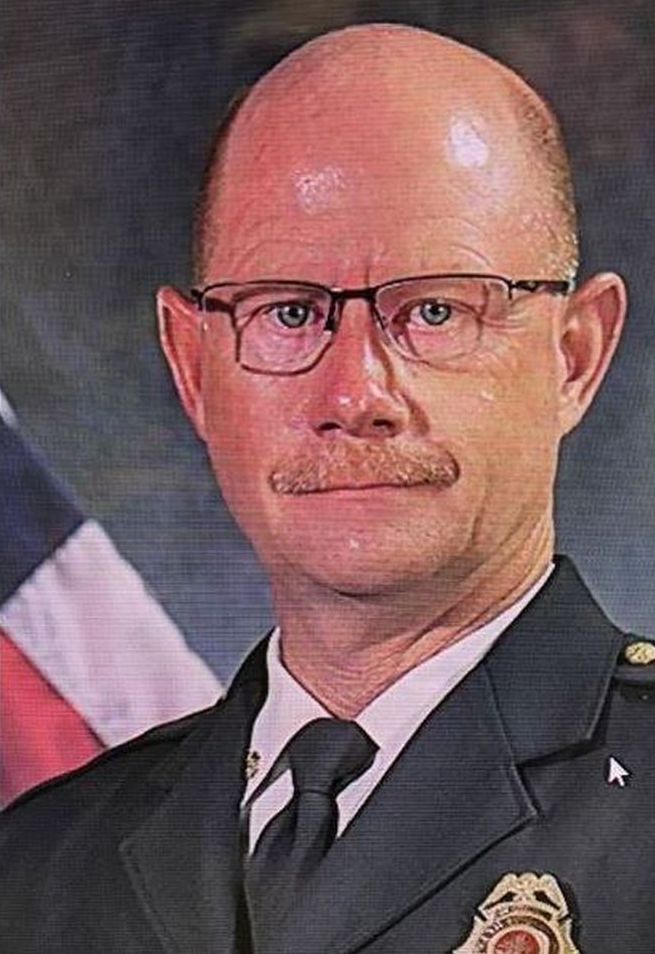 The North Shelby Fire District chief is retiring Friday after 35 years of service.

Chief Buddy Tyler began volunteering at a fire station in 1978 when he was just 13 years old and eventually rose through the ranks to lead a department that covers 26 square miles in North Shelby County.

Tyler began his teen volunteer work – just hanging around the fire station and helping out wherever he could – at West Highland McNeil Fire District, which is now part of the City of Bessemer. His father was a volunteer firefighter and his mother a board member at the fire department.

Four years later – when he was just 17 – Tyler worked his first fire in the Virginia Mines community. He was a nozzleman and he kept backing away but another firefighter kept pushing him toward the blaze. “I was scared to death,” he told friends.

While still in high school, Tyler completed his EMT certificate but could not become certified until his 18th birthday. He graduated from Hueytown High School.

In 1984, Tyler began his first paying job with A&A Ambulance Service. Also that year, he earned his first paycheck as a firefighter at Minor Heights Fire District when he was asked to fill while two other people were at recruit school. A short time later he was offered a paid position at West Highland McNeil Fire District where he worked 10 hours a day, five days a week for a $12,000 salary.

In 1985 he became a licensed paramedic at the age of 20. That same year, he learned about a possible opening at North Shelby and was almost immediately hired. .

He continued to rise the ranks and in 1995 was promoted to battalion chief when his longtime co-worker and friend Mike O’Connor was appointed chief.

In 2012, when O’Connor died unexpectedly, Tyler was appointed as chief. Under his leadership, co-workers say, the department has secured more than $200,000 in grants, bettered their ISO rating from a Class 4 to a Class 2, upgraded the department’s fleet and made the department’s wages and benefits compatible with other area departments.

Tyler will be honored Thursday night at a celebration at New Hope Cumberland Presbyterian Church.